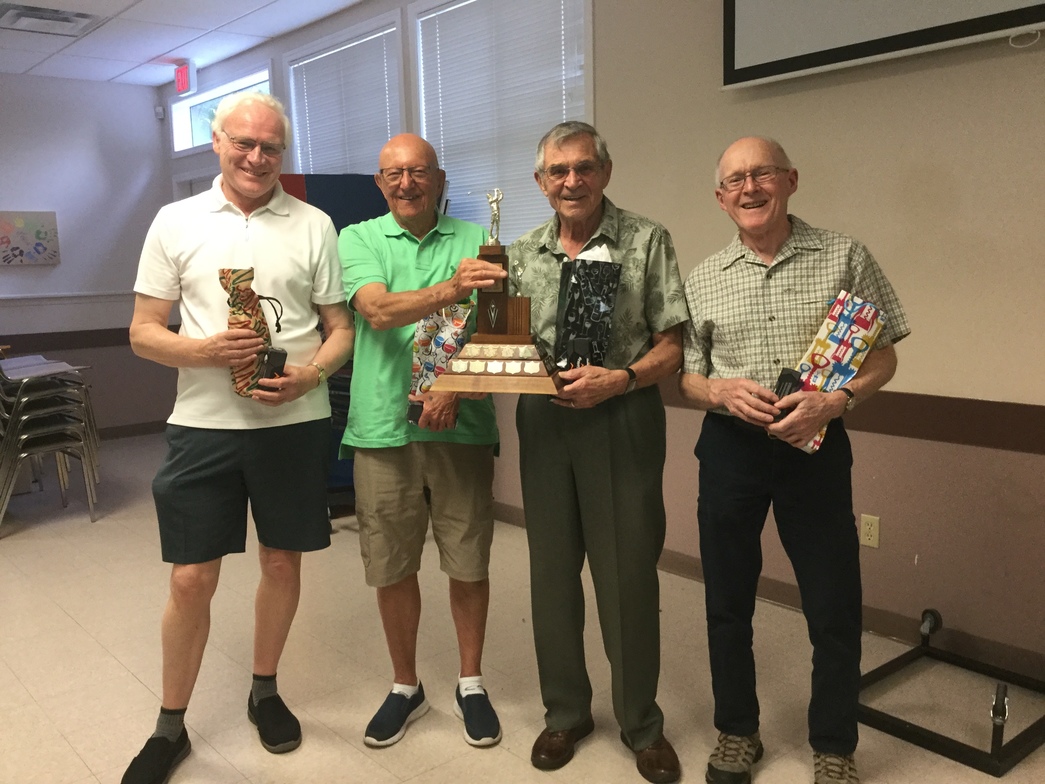 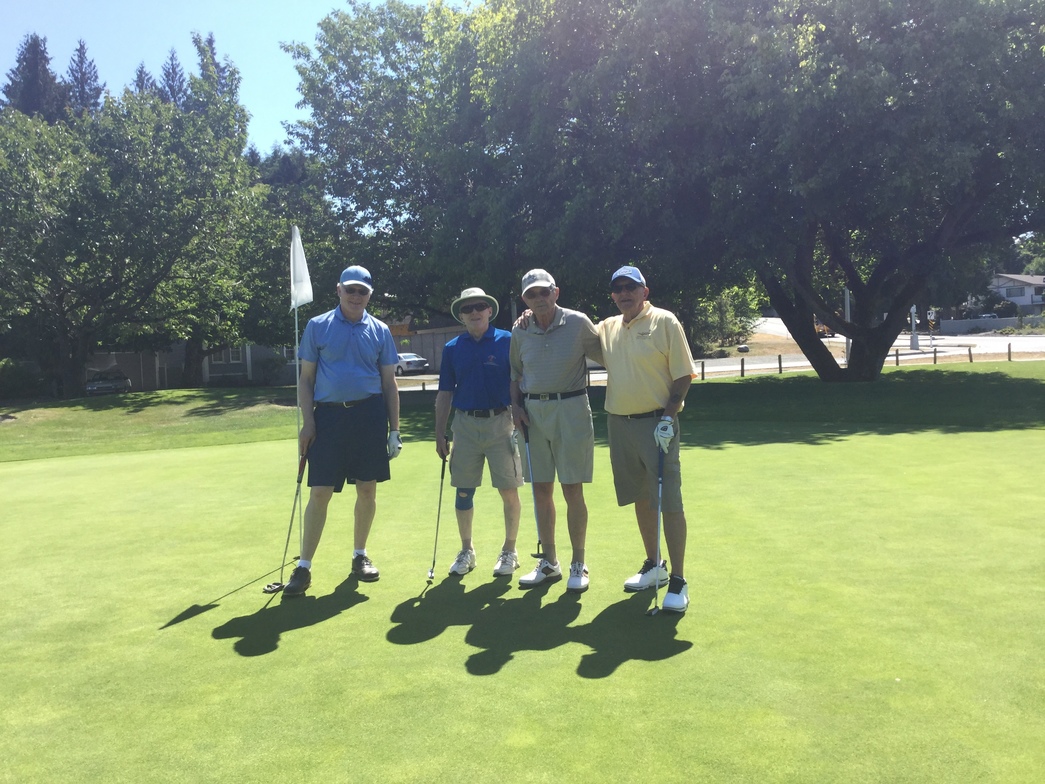 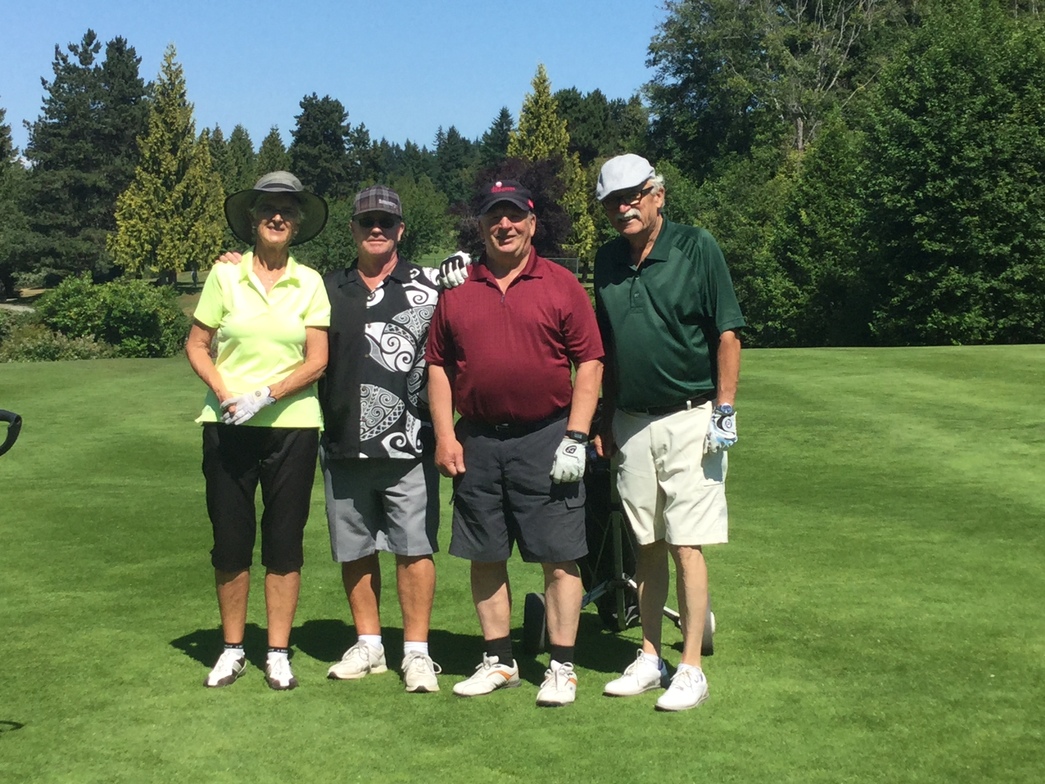 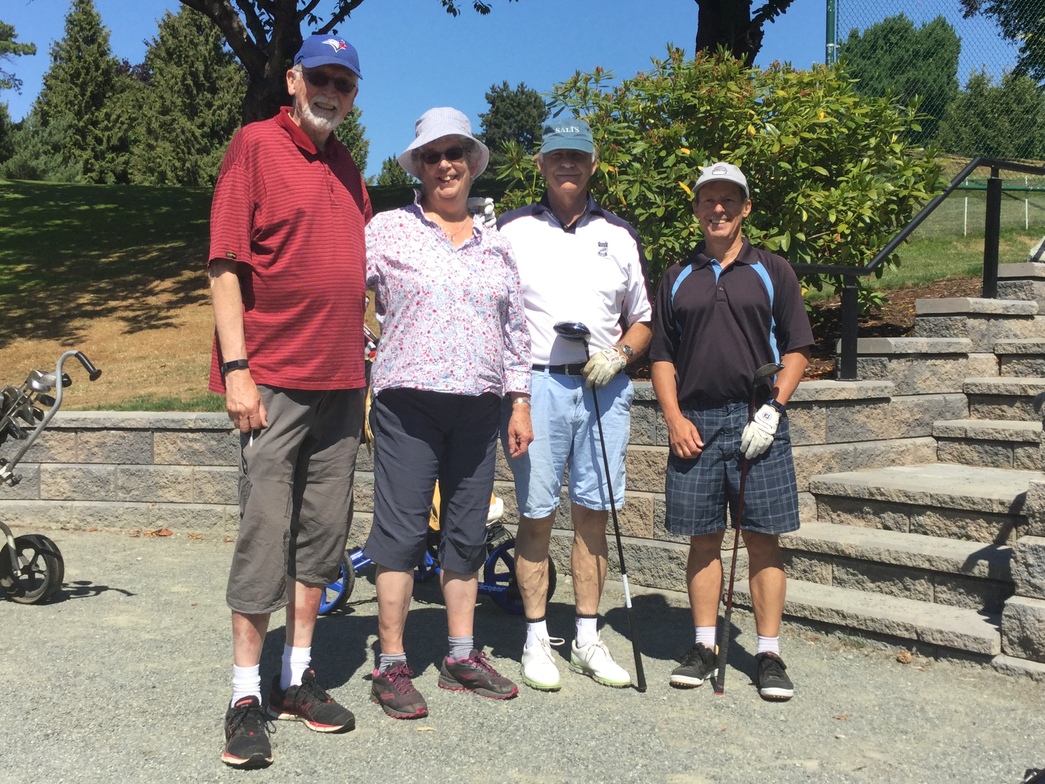 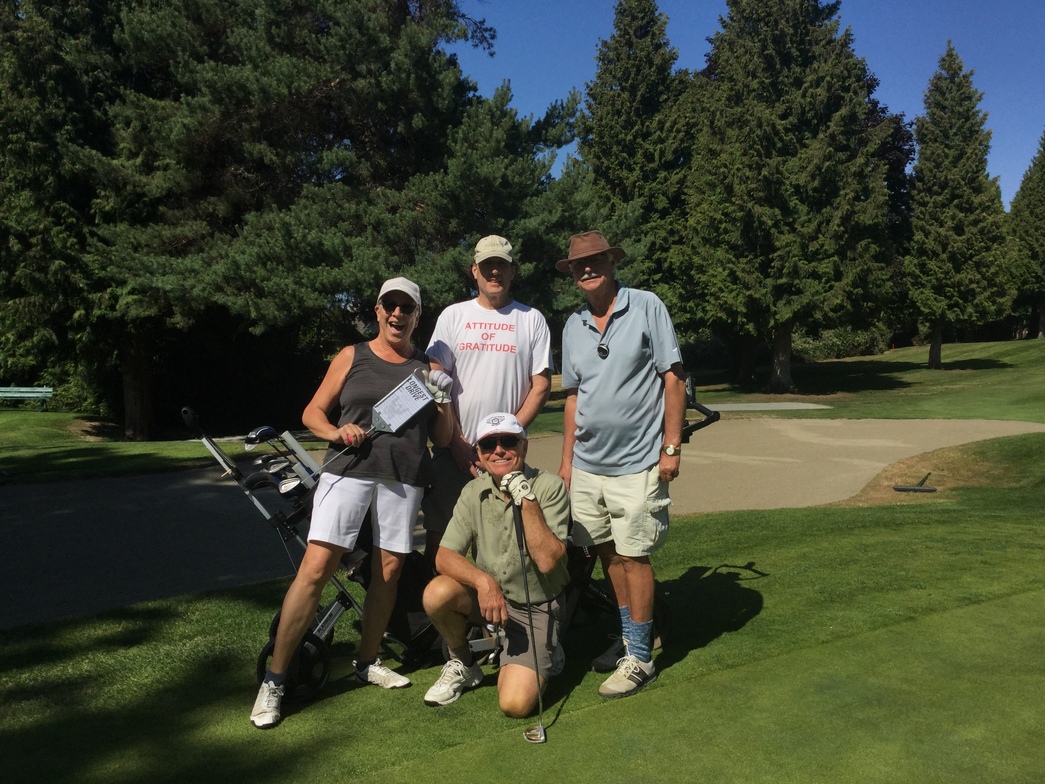 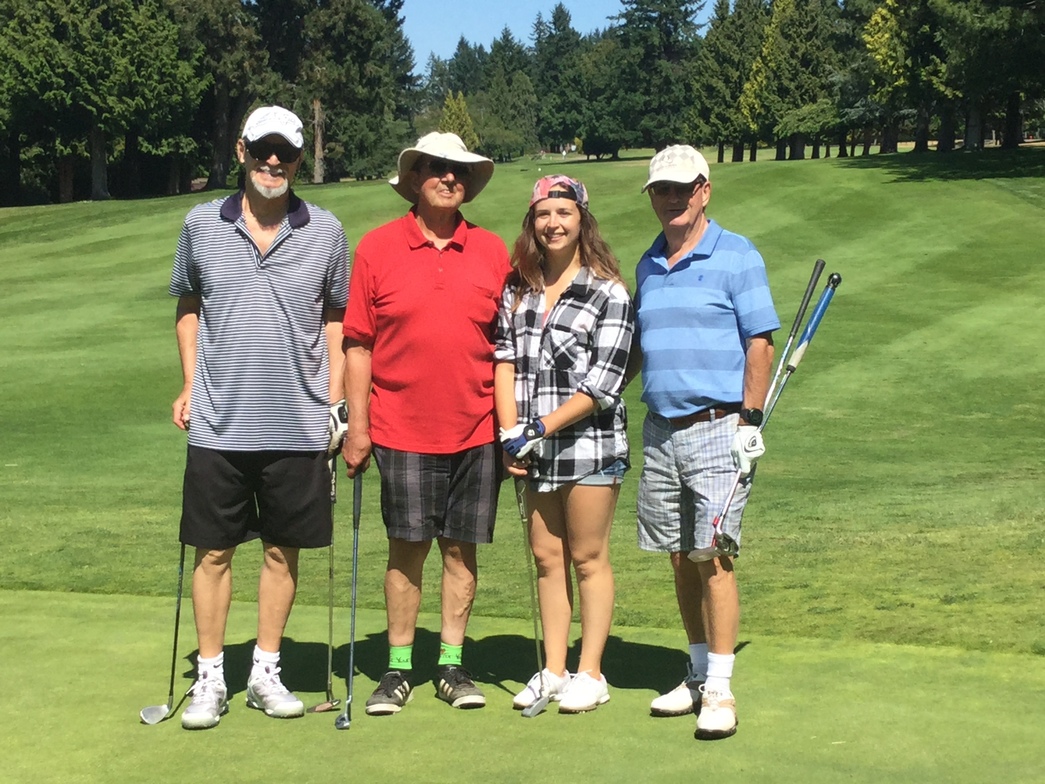 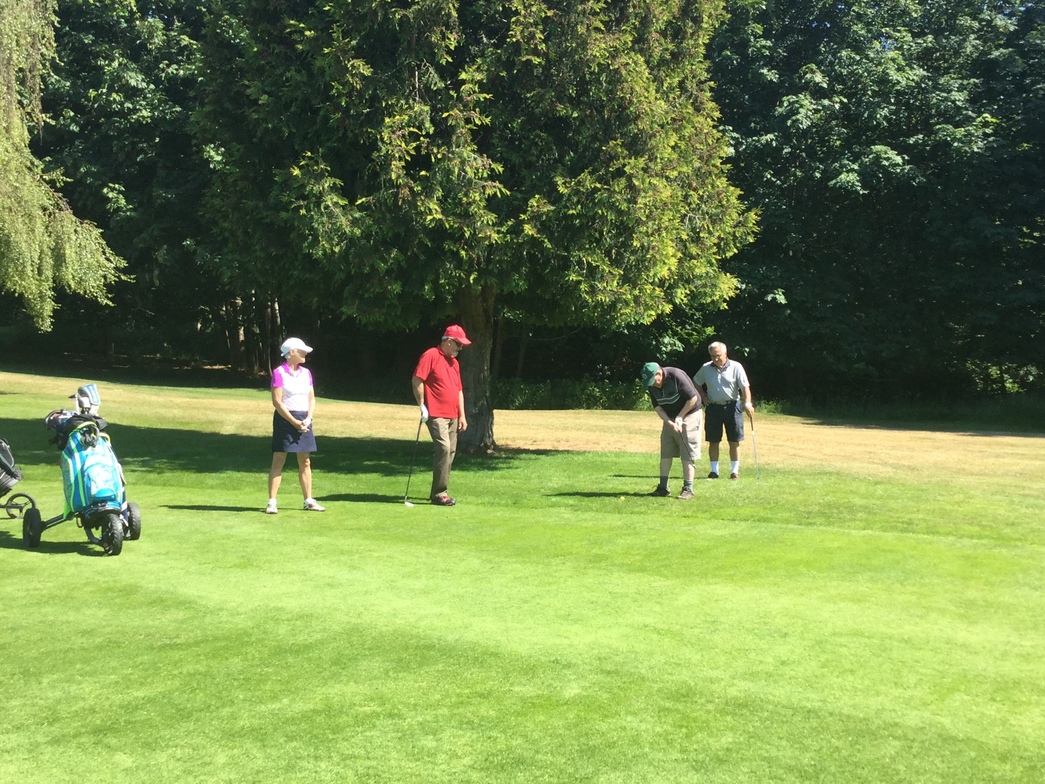 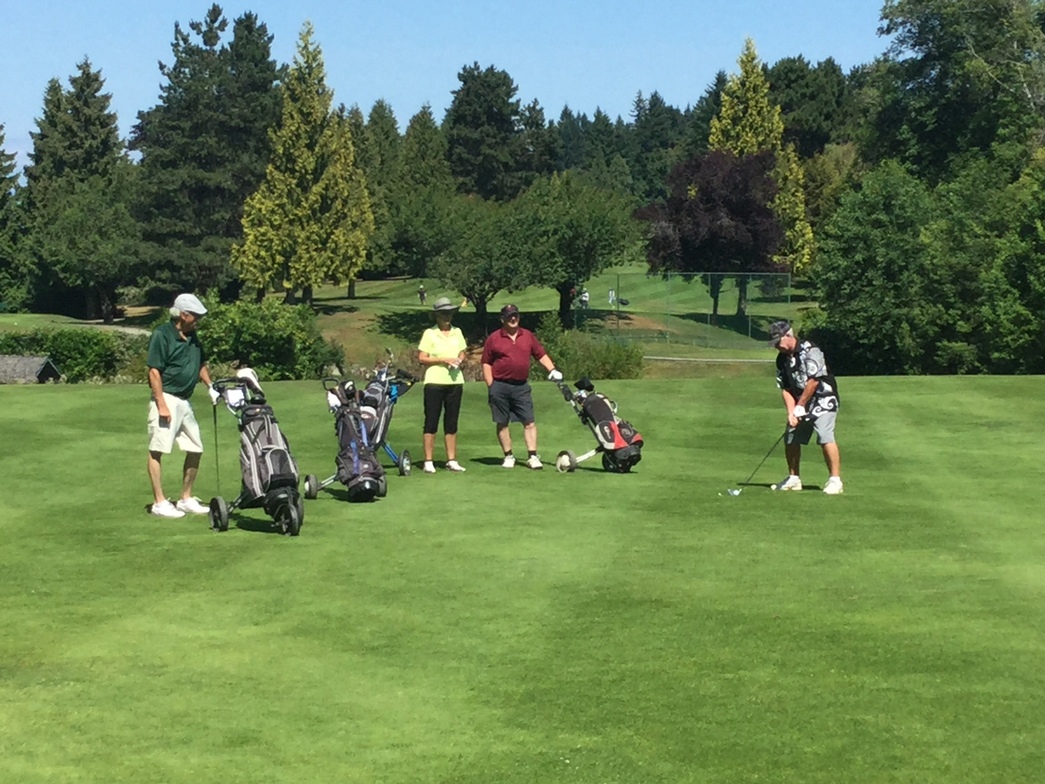 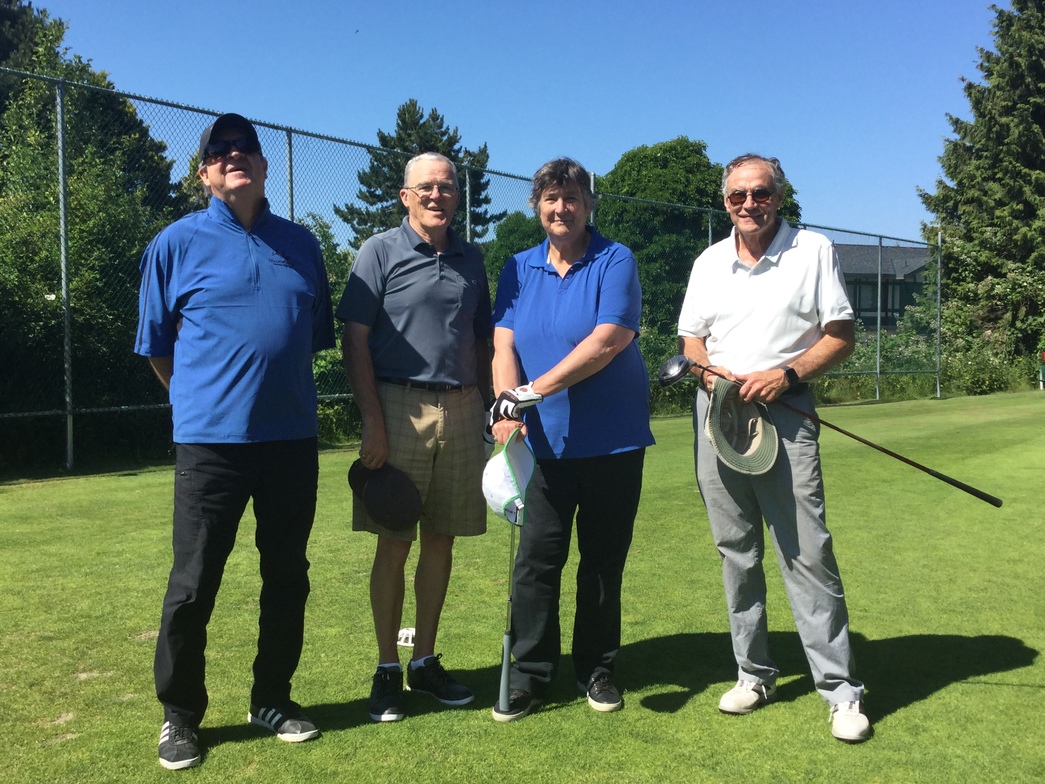 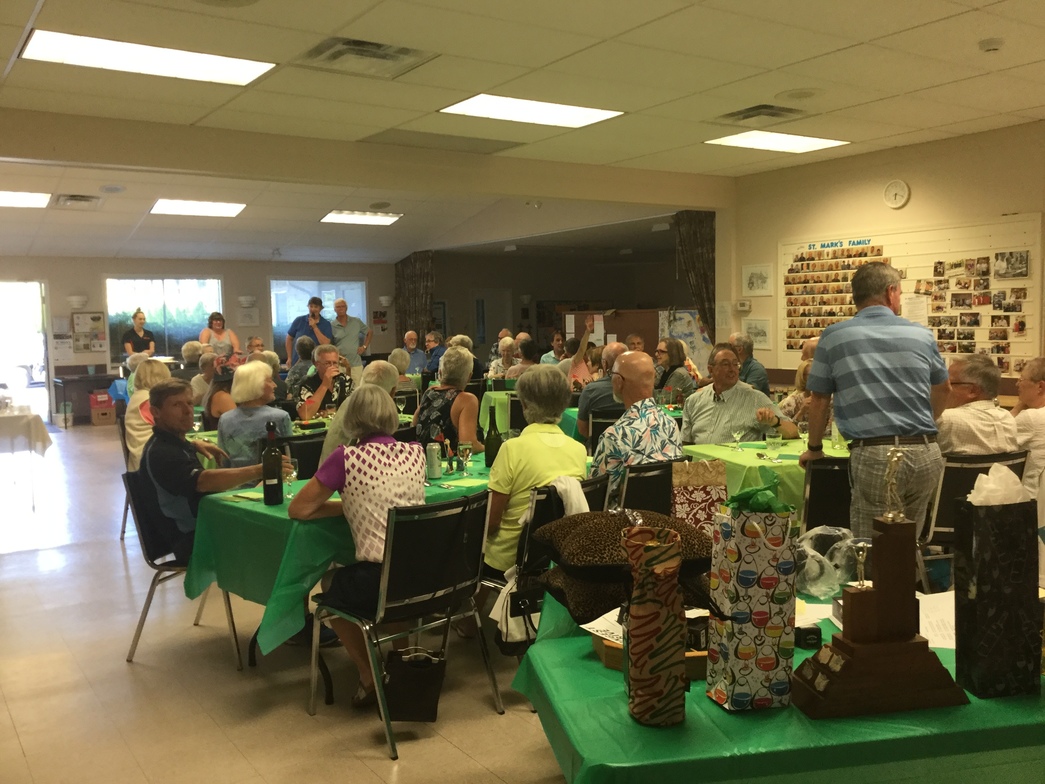 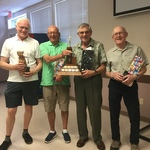 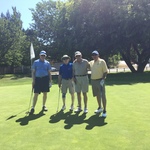 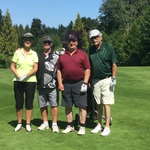 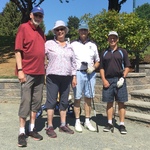 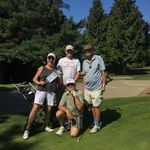 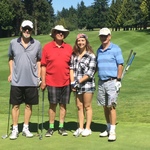 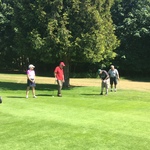 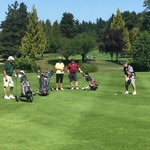 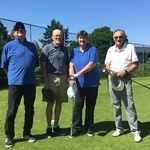 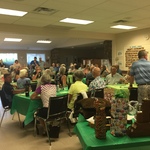 The St. Mark's Men's Club hosted another great golf tournament and dinner this year. Seven teams of four played nine holes on a glorious summer day, Friday June 21st, at Qualicum Beach Memorial. A delicious dinner followed back at the church hall catered by Live Wire Catering from Nanaimo. We had the choice of steamed salmon or stuffed chicken and both were wonderful. Looking forward to next year's event!! Many thanks to all the organizers (particularly Ryan and Harry), as well as photographer Irene Christie for the awesome photos.

The winners of the various contests were as follows:

Most "honest" team was Elizabeth, John A., Tom and Alan