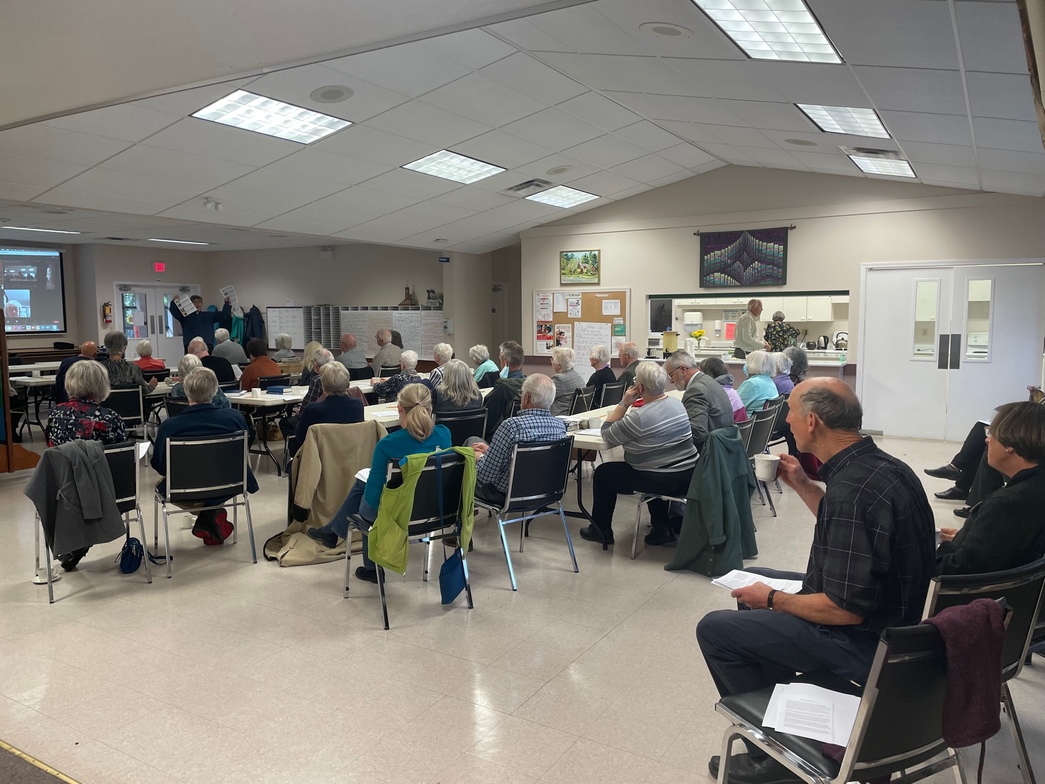 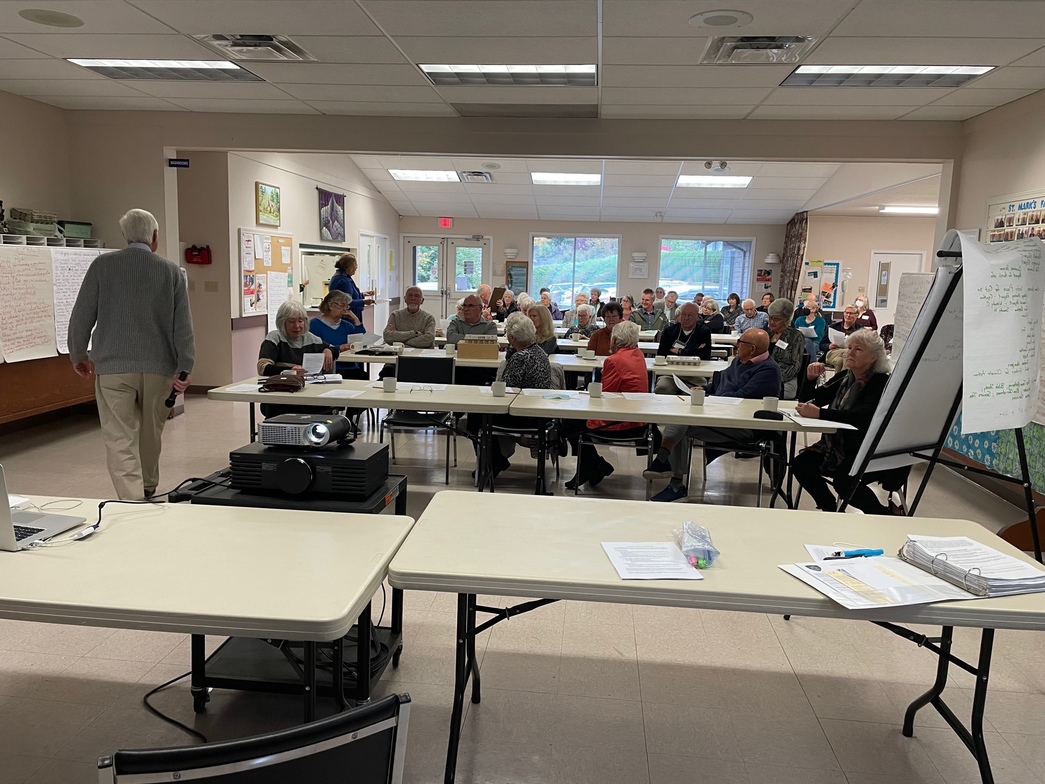 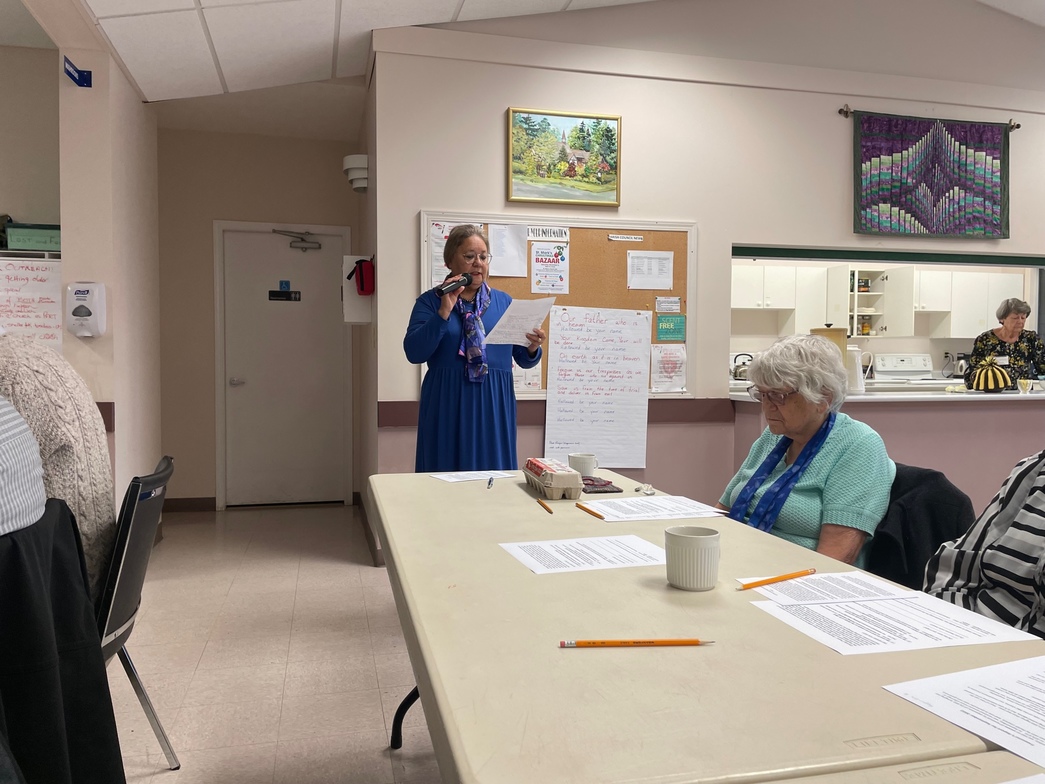 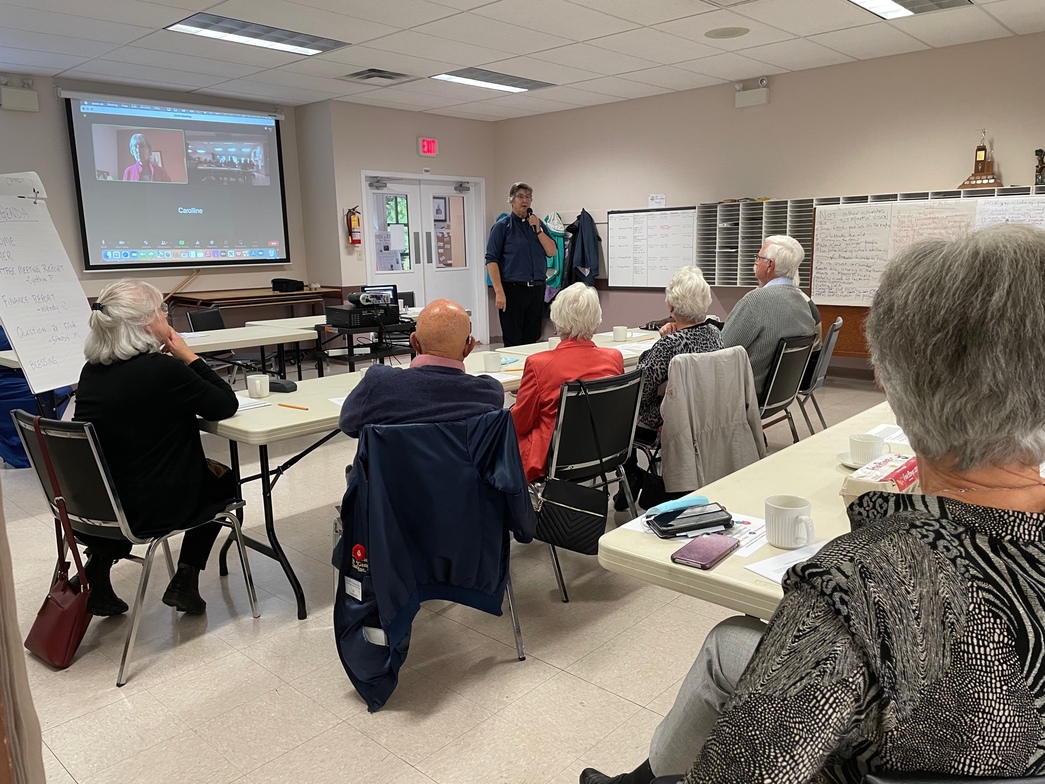 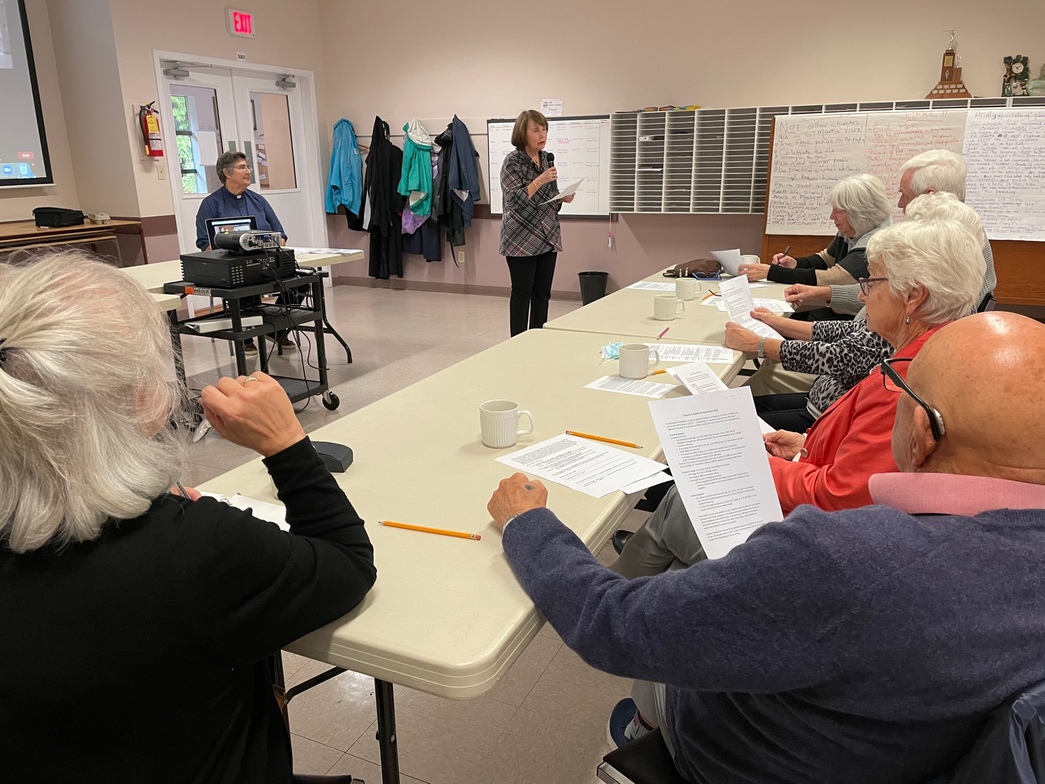 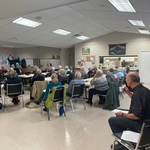 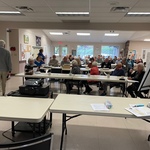 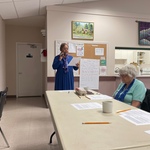 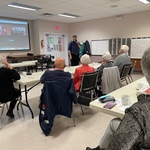 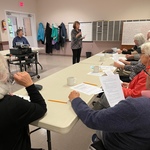 On October 30th, after the 10am service, we had an AGM Mid Year Review in the parish hall. It was very well attended, as you can see by the photos. Led by Ven. Elizabeth Northcott, Cynthia Preyser spoke about the cottage meetings and all that was discussed, focussing on making sure all of you were heard by the committee. The notes will be left in the church hall for the next few Sundays so you can read what was discussed at the meetings.

Wendy Carrier gave a treasurer's report basically saying we are in much better shape than we were in July, but still a little under where we'd like to be.

We then listened to Sandy Morter about The St. Mark's Fair and whether we should continue next year. A discussion ensued and a vote was taken. It was a close one! 17 people voted NO to continuing the Fair, and 18 people voted YES. It was decided we would hold a "Reduced Version" of the Fair in July 2023.

Thanks to all who came and took part in this review of the St. Mark's 2022 parish. We are blessed indeed to have such caring and attentive parishioners. Onward and upward with God's help!