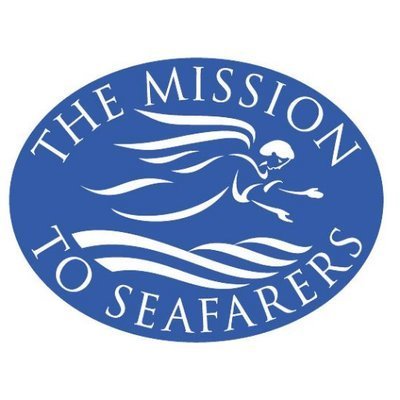 When I was a child, I lived in a city beside the Atlantic Ocean. It seemed very mysterious and incredibly harsh anvironment.  Years later, when  I worked in a fishing village called Tabusintac, one summer I learned that most east-coast fishermen do not kow how to swim.  My friend Billy used to say, "if you ever go down to the sea, you don't want to prolong the inevitable!"

It was a hard life going to sea, but it seemed to Billy that there was no other life so fine and free.  I wonder if that's what the modern seafarers think?  A couple of weeks ago, at the Induction service, two of my friends joined us from Ladner, who had been lifetime fishermen. David would often explain that life on the transport, and fishing, ships can be, and still is, very dangerous.  Torturous sea conditions, long voyages, loneliness, piracy are but a few of the perils that await seafarers these days.

As we join in prayer for the many ministries that touch our lives, let us remember the group of dedicated chaplains who visit and meet the spiritual needs of those who travel on these vessels.  Their "Mission" was envisioned in the 1830's and still today their reference is from the Book of Revelation, "Then I saw another angel flying in midair, and he had the eternal gospel to proclaim to those who live on the earth--to every nation tribe, language and people." (14:6)

Located in over 200 ports around the world, these missions called "Flying Angls" are active and essential for the ministry to those on the sea.  So, when you drive by, and see a ship, say a prayer for the Seafarers and be a "flying angel".